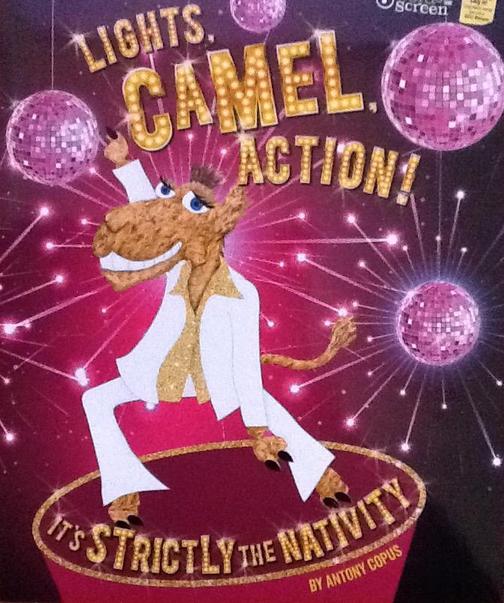 Not wishing to outdo the judges in the stage, but the teachers' scores for today's performance were through the roof! Still keeping the BBC from stealing the show to broadcast live, only one more chance to catch this exclusive razzmatazz of a production tomorrow morning. Arrive early to grab yourself a front row seat!

Disco fever has arrived and is the building, dahhhling! The last dress rehearsal was a roaring success this afternoon, with everyone stepping it up a notch.  We're all raring to go now for our two performances, tomorrow afternoon and Wednesday morning.  - And in two weeks! Who'd have thought it?

No picture spoilers, sorry, just bring your cheers, boos and claps and join in the fun!

Well it's been weeks and weeks (three, to be exact) of hard toil, graft and glitter.  No more rehearsals left, it is what it is...

Ladies and gentlemen, we bring to you the marvellous, incredible, star studded cast of Lights, Camel, Action!

We've been taking calls from the BBC all week, but you'll be glad to know that the production of Lights, Camel, Action will be exclusively performed on the stage at Rhydypenau Primary School.  Craig Revel Horwood has been particularly persuasive (daaarlings) but we've gently declined his request that we go live in front of millions.  It would be just too overwhelming.

(Children - don't forget to bring in your costumes tomorrow!)

No more photo spoilers I'm afraid, we wouldn't want to take away from the magnificent dancing, singing, acting and artistic effects that are being whizzed up! Let's just say we're taking calls from the BBC...

Well we've got the lights, all we need now is the camel and some action! 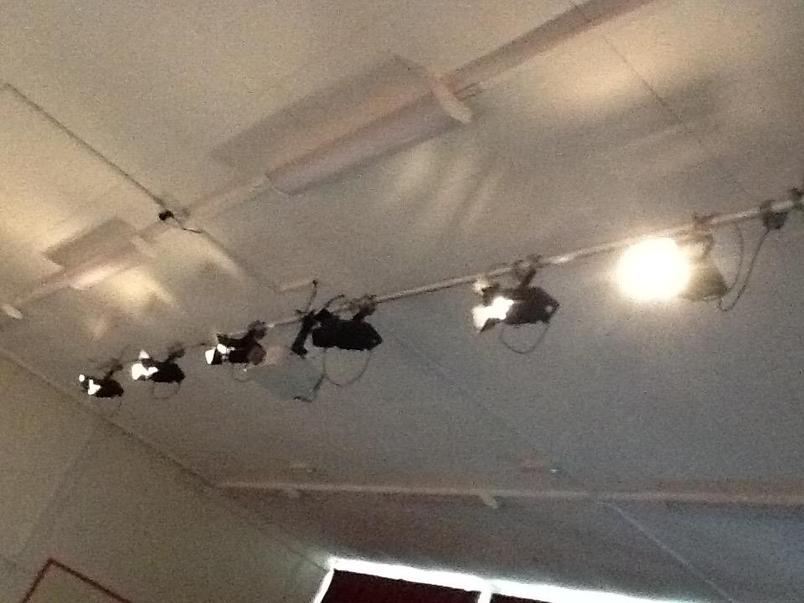 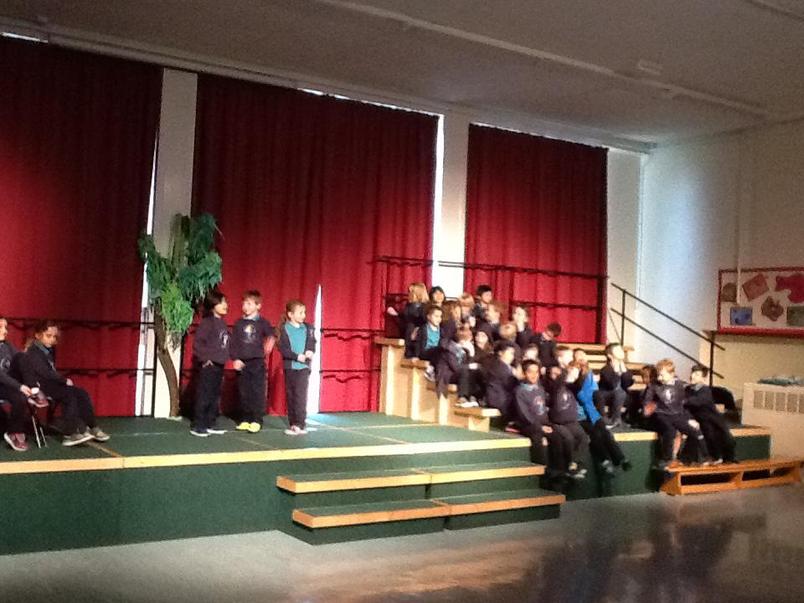 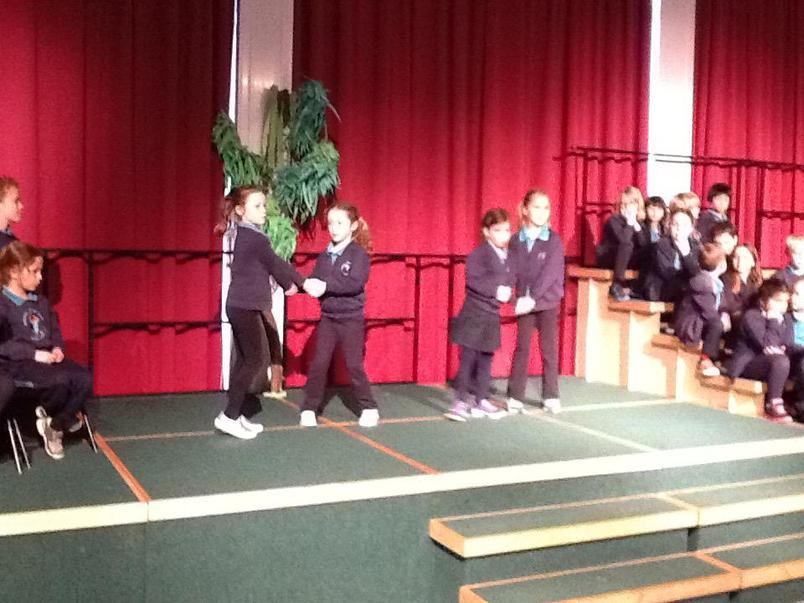 Year 1 joined year 2 today on the big stage for the first run through. I can't pretend there isn't room for improvement, but progress has definitely been made in the last 24 hours! Keep practising those lines, cast! 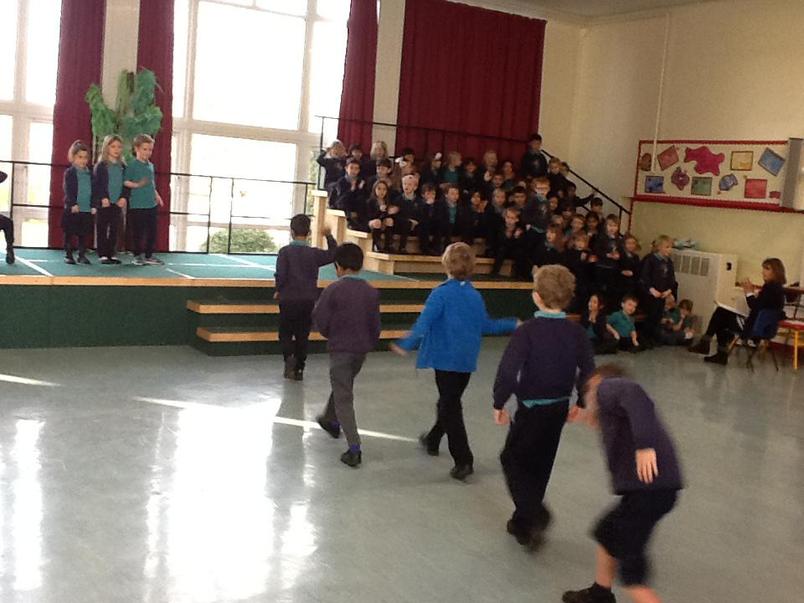 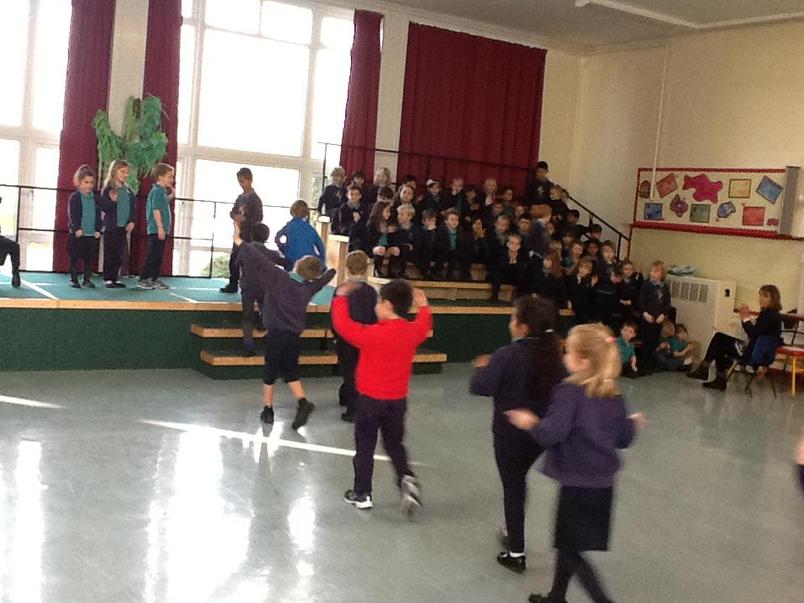 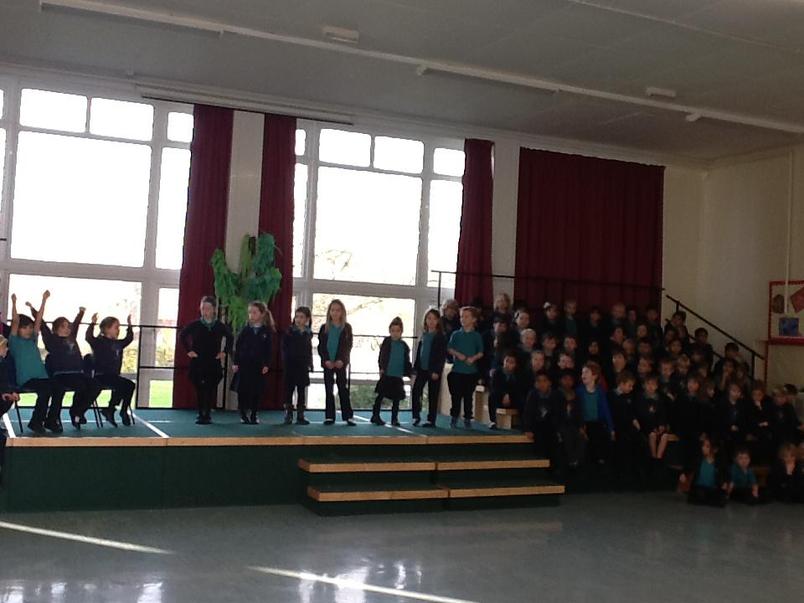 Almost too busy to blog, rehearsing is heating up! The dancers are practising their grooves, and we're finding it tricky to come in at the right time with the right line, along with keeping the va va voom in our singing.  It's all too much!

I'm sure we'll get there. 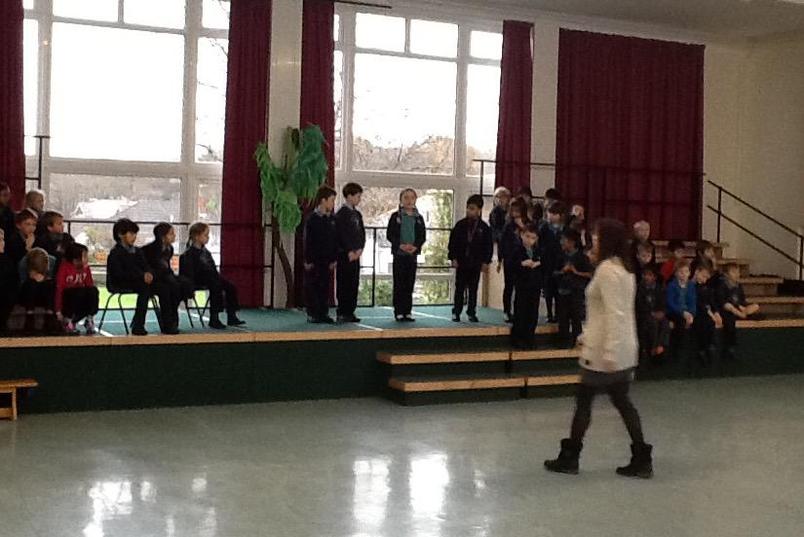 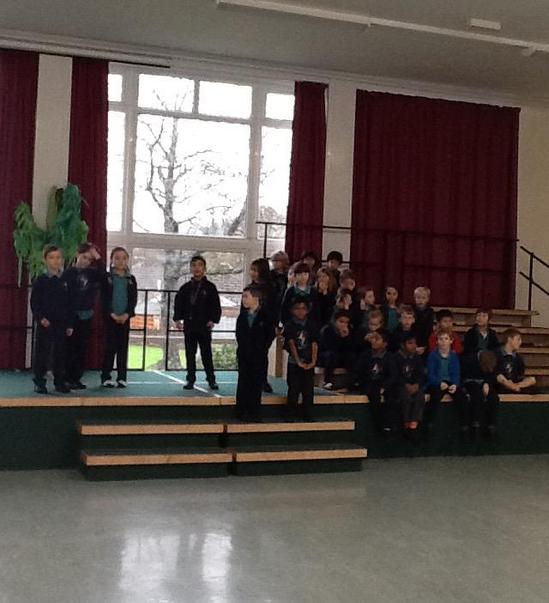 If you listen carefully, you should be able to hear the dulcet tones of children (and staff) humming tunes from the production in and around the corridors.  Only one more song to learn!

This afternoon the children went to look at the stage and began to work out stage directions and who was going to sit where.  One step closer! The children are practising their lines with vigour and panache at home, and they can't wait to try them out on the big stage!

Excitement was all around today as the children found out what part they had been given in the production! They had many questions to ask, such as what to wear, what does a floor manager and a host do, and just how much sparkle they are allowed to add to their costume. We advised they go and speak to Miss Major for ideas and inspiration in the sparkle department...

We also practised the songs from the production. So many words! So many notes! Three weeks to get there! 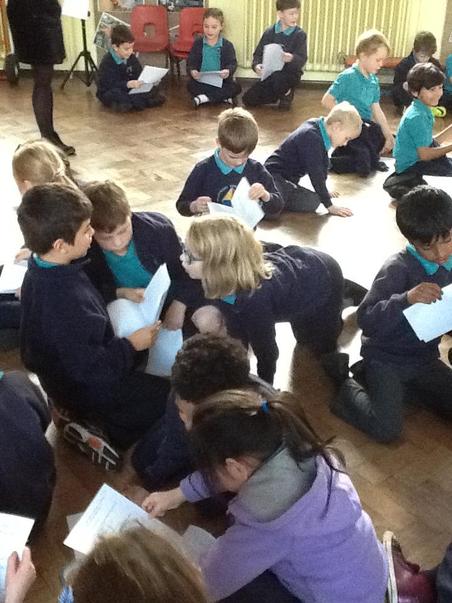 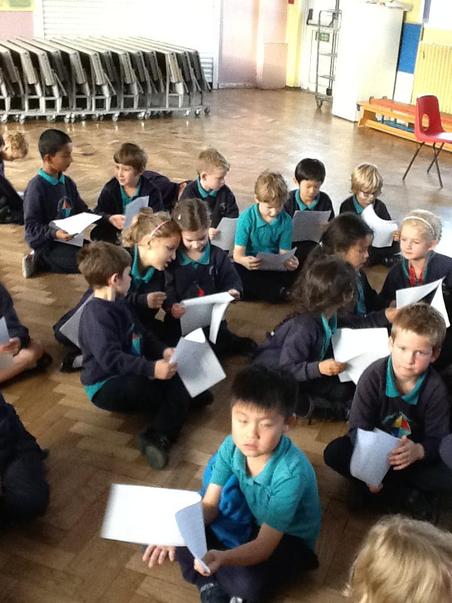 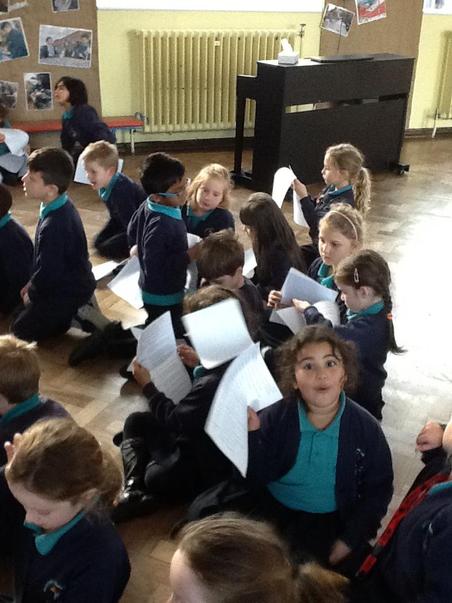 Today the children found out what their Christmas production is going to be this year.  They became very excited when they found out the theme, and eagerly began practising their dance moves!

They auditioned in front of two very serious judges so that everyone could be given a part for the big night.

Keep checking this page for updates on rehearsals as the drama unfolds! 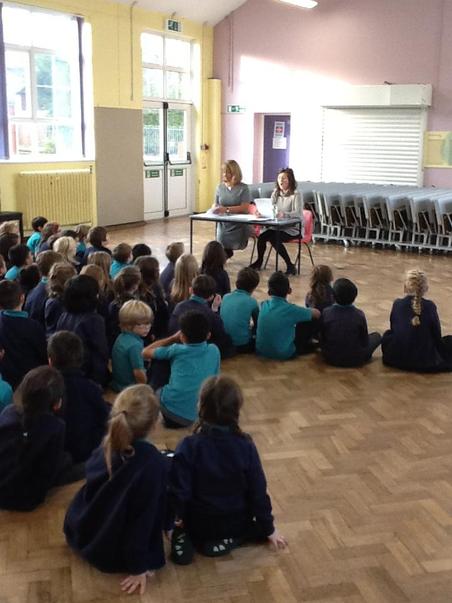 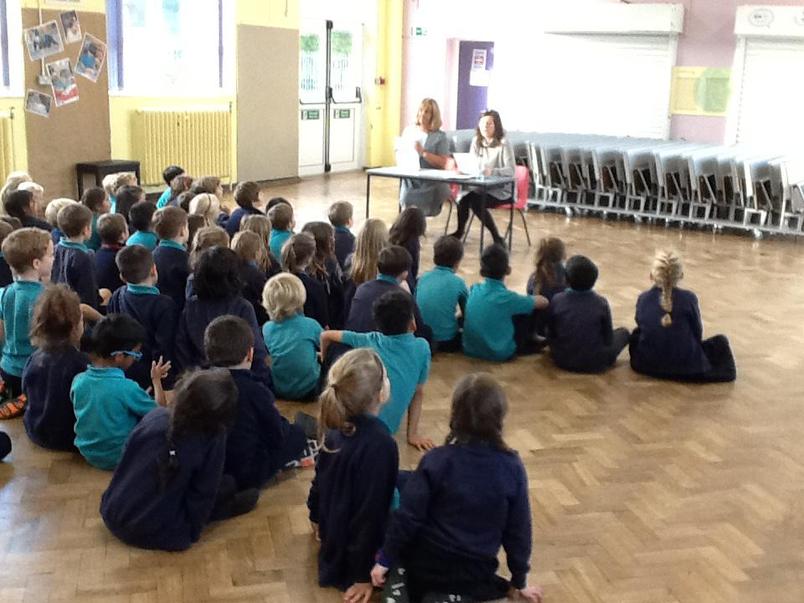